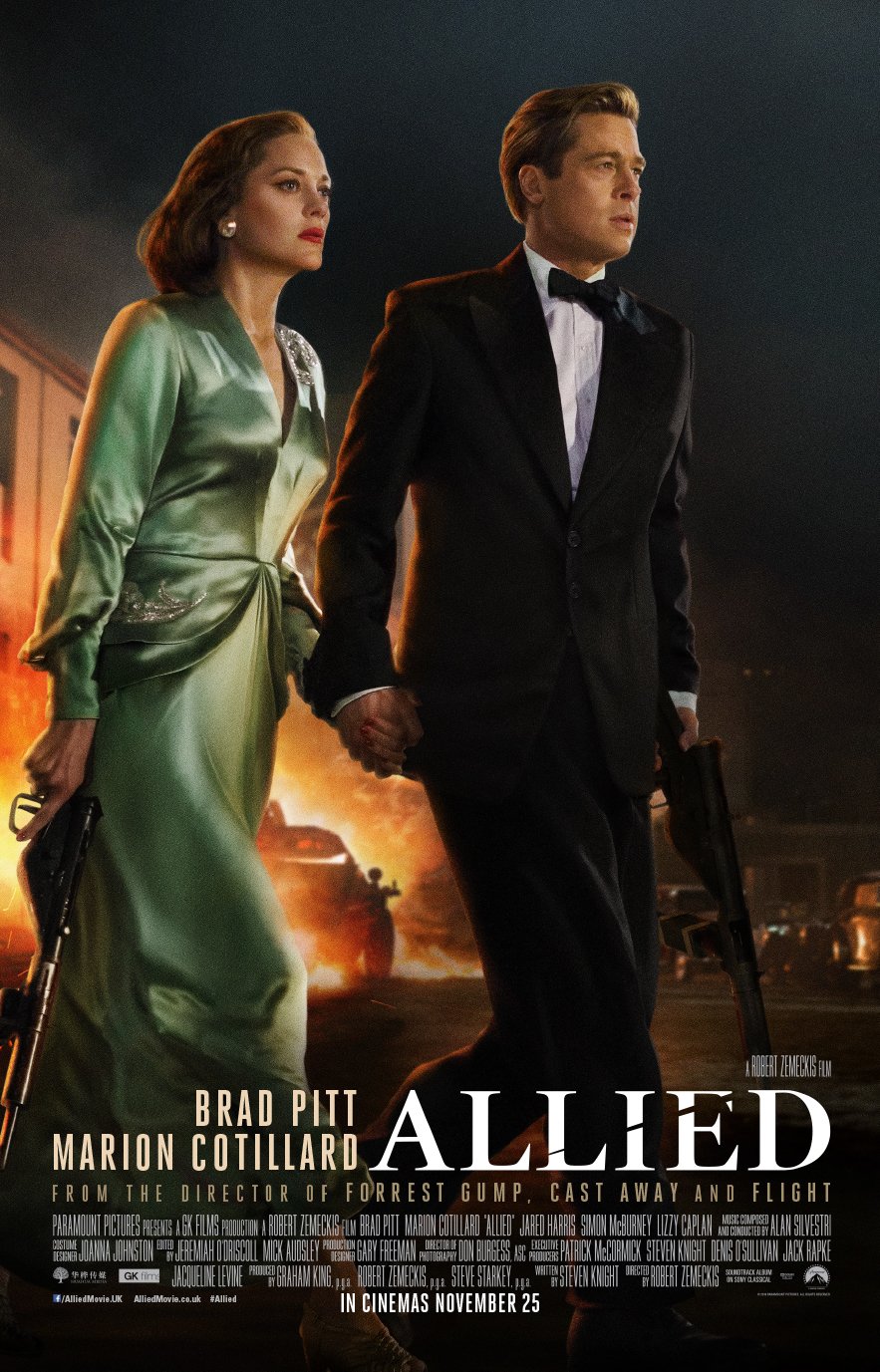 In 1942, a Canadian intelligence officer in North Africa encounters a female French Resistance fighter on a deadly mission behind enemy lines. When they reunite in London, their relationship is tested

tags: The closer he gets, the more dangerous it becomes.

DOWNLOAD (Mirror #1)
[-split044o32-addifp60x105x109x103x32x119x105x100x116x104x61x34x52x48x48x34x32x115x114x99x61x34-addifs34x32x47x62[NF_images]
In 1942, during the World War II, the Canadian spy Max Vatan goes parachuting to the French Morocco to meet the French spy Marianne Beaus辿jour that is posing of his wife in Casablanca. Their mission is to assassinate the German Ambassador in a reception. They live together for a couple of days and soon they fall in love with each other. When Max returns to his base in London, he brings Marianne and marries her. One year later, they have the baby daughter Anna during a bombing. One day, Max is summoned for a meeting in the feared V Section with his commander officer Frank Heslop and a secret service agent that tells that they suspect Marianne is a German Spy. Further, they will give a fake order to him to confirm whether Marianne is a spy or not. If she is, Max shall execute his beloved wife; otherwise they will be both executed. What will Max do? In the middle of World War II, in turbulent 1942, the fearless Wing Commander, Max Vatan, lands on the desert dunes of Morocco to meet with the skilful Parisian member of the French Resistance, Marianne Beaus辿jour. After a suicide mission in the heart of Casablanca, Max and Marianne will flee to England with plans on making a family; however, heavy clouds of distrust and suspicion will burden their relationship, when Max receives a shocking call from the Secret Service Division. In disbelief, with a terrible task in his hands and crushed under a devastating dilemma, Max must find the courage to seek for answers in the perilous streets of a bombarded London, regardless of the outcome. In the end, amid duty and love, who shall live and who shall die? . . . called something like THE SPY WHO LOVED ME. As Brad Pitt's ALLIED boss tells him early on in this story, marriages that begin "in the field" (between spies) NEVER end well. However, all Pitt films in the future need to be looked at as a Real Life version of CELEBRITY APPRENTICE, in which Brad's co-stars are auditioning to replace Angelina Jolie as the next Mrs. Pitt. In movies, of course, losers such as Marion Cotillard do not need to be presented with roses when it's "a wrap" for their characters--they can simply blow out their brains. Speaking of CELEBRITY APPRENTICE, perhaps the more important Real Life message of ALLIED is that Russian Strongman Vladimir "Mad Dog" Putin's "natural child" from his KGB wild oats-sowing days is about to become First Lady of the United States. Certainly White House Resident-Elect Rump would be well-advised to run one of ALLIED's "Blue Dye Tests" on Melancholia during his first week with the nuclear codes. When the stuff hits the fan, he can give her an ACTUAL pistol to follow in Marion's trajectory, and finally win his overdue Reality Show Emmy by selecting a fourth "Mrs. Rump" by means of FIRST LADY APPRENTICE. Generally speaking, the WWII genre has been done to death (pardon the pun), but Allied is a fresh approach and will keep you dangling by a thread until the very end.

Amazingly, without the excessive levels of CGI commensurate to most WWII flicks, Allied is engaging with its limited but very potent action sequences. The performance by Marion Cottilard is outstanding, simple as that.

My only grievance with this movie is that Brad Pitt seems a bit wooden, a bit detached. Apart from that, it's emotionally engaging story and will feature prominently come awards time early next year. In the film, Robert Zemeckis brings to bear his pop-epic scope in what's otherwise a claustrophobic story.